Kurt began his career in the underground mining industry in 1989 and has been involved in mine rescue since 1993. In 2001 Kurt changed his career and began to train emergency response personnel both in the mining and industrial sectors, joining Riklan in 2002 as a training consultant.

Kurt has a thorough knowledge and vast technical expertise in the field of Emergency Response training and his qualifications include Certificate IV in Training and Assessment as well as multiple emergency response certificates including Cert III Mine Emergency Response & Rescue and Cert III Public Safety (Firefighting & Emergency Operations) and Occupational First Aid.

Kurt is the Perth Operations Manager for Riklan and is always striving to make our training delivery the best that it can possibly be. Kurt’s motto is ‘no such word as can’t, as he believes everything is possible until you prove it wrong and then you try again. 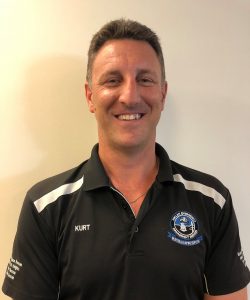 Riklan Emergency Management Services (RIKLAN) is a Western Australian owned and operated Registered Training Organisation which provides a comprehensive series of training courses in relation to emergency response, preparation, preparedness and recovery and also a wide range of other popular public courses.

See all our courses